You are here: Home » Articles » Everything you need to know about the new Samsung Gear S

Samsung on Tuesday brought to India its new wearable device, the Gear S. Priced at Rs 29,500 and expected to sell at Rs 29,000, the smartwatch will give a premium option to those who want to own a wearable.

The Gear S, first announced at the IFA in Berlin, comes with a curved AMOLED screen that will show both traditional as well as trendy watch faces. One swipe will get you to apps and you can do almost everything you would with a smartphone. In fact, the Gear S for the has inbuilt 3G and Wi-Fi connectivity. Except for the first set-up and later software upgrades, the Gear S will be able to de-hyphenate its existence from the Galaxy devices it was yoked to in the past. It will be able to function as a full fledged phone in the process.

The device can provide turn-by-turn communication on your wrists when needed and can be controlled using voice commands. Samsung is launching the new watch with over 1,000 apps that have been customised for the new Tizen OS which powers it. This means the device has the potential to do more than what a regular health monitoring smartwatch does. Yes, it will monitor your health too. 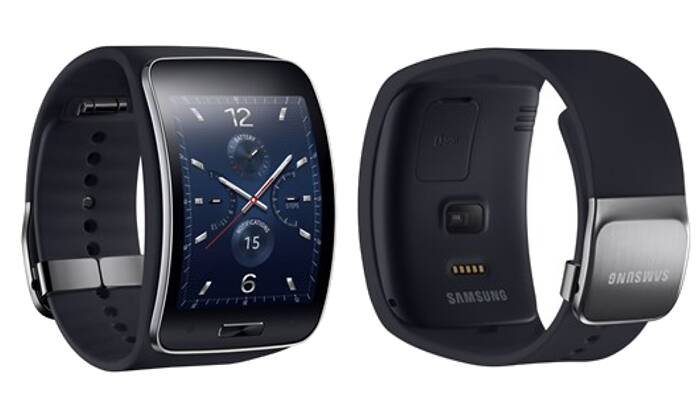 The Gear S, which will now come with a curved AMOLED screen and will be able to live a unfettered life thanks to inbuilt 3G and Wi-Fi connectivity.