The Xolo Q2100 is a new smartphone which has just been launched in India and it comes equipped with a rear-mounted fingerprint scanner and an IR blaster, aside from other very interesting components. The price of this handset has been kept locked at Rs 13499, which should make it a really attractive proposition for a lot of folks.

This device’s fingerprint scanner works in tandem with its inbuilt Last Pass app which lets you assign all your passwords to your unique fingerprints. Furthermore, using the IR blaster on the Xolo Q2100, you can control everything from your TV and set-top box to your DVR, DVD player, air conditioner and more. 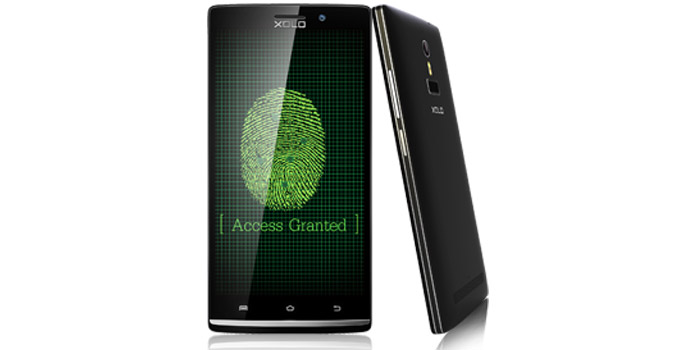 This dual SIM smartphone houses a 5.5-inch 720p HD display which has been granted Corning Gorilla Glass 3 protection by Xolo. It runs on a combination of a 1.3GHz quad core processor and 1GB LPDDR3 RAM. The Q2100 benefits from 8GB of storage as well, apart from a microSD card slot supporting 32GB extra.

Powering the Xolo Q2100 handset from within is a 2800mAh battery, while its imaging needs are taken care of by an 8MP Sony Exmor R camera. For selfies and video calling, there’s a 2MP front snapper present on it as well.

Here’s a look at all the key specs of the Xolo Q2100 smartphone: